Which Builds the Booty Better? Squats or Hip Thruster? 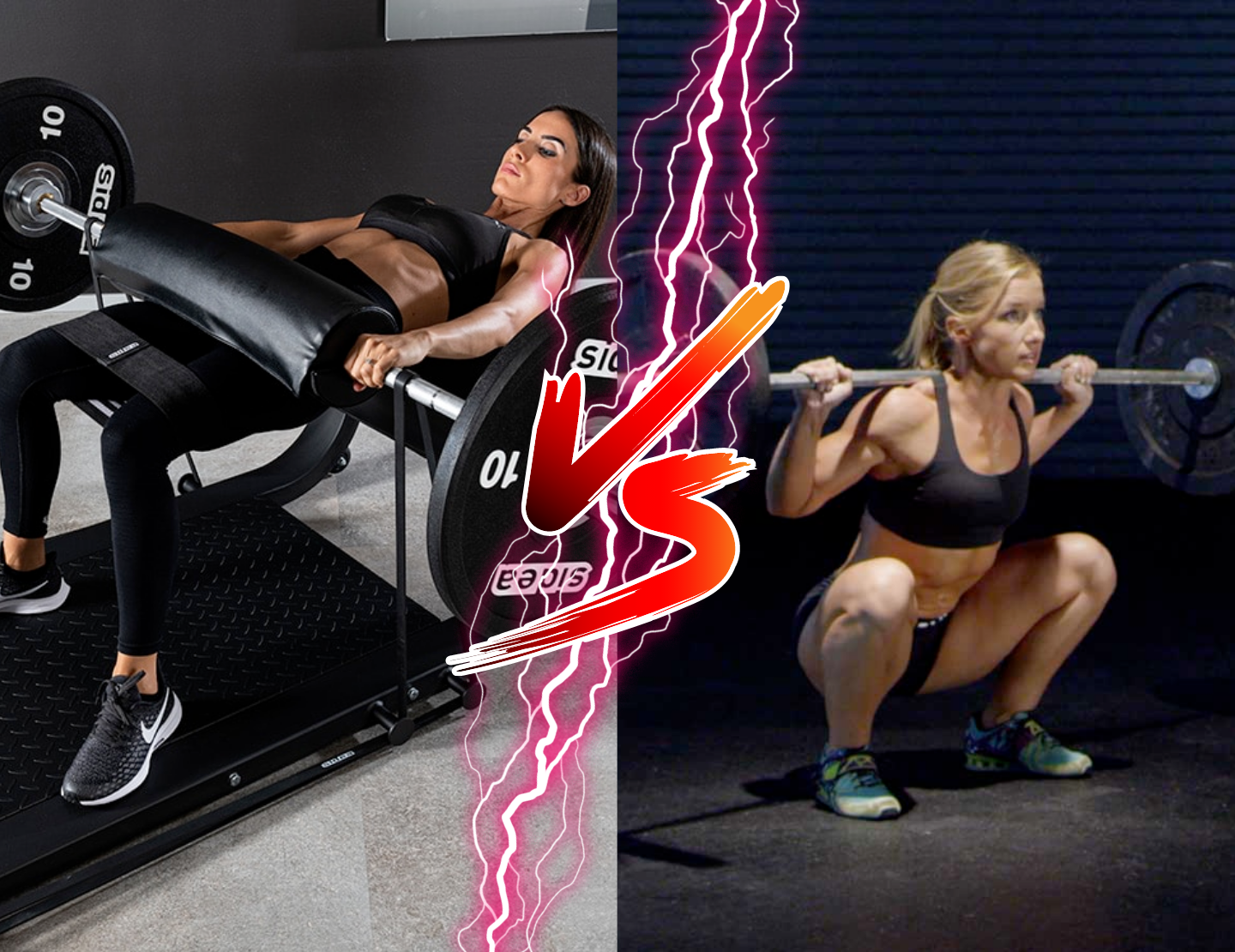 The ongoing debate of which one reigns supreme when it comes to building an absolute dump truck. Is it the hip thruster, with its maximal contraction benefits, or is it the squat, which is already the king of all exercises? Let’s find out.

Before we dive headfirst into this discussion, let’s get a little perspective. Hip thrusters are relatively new to the gym scene. Bret Contreras, now known as “The Glute Guy”, came up with the concept in 2006. Since then, he has advocated it as one of, or the most efficient booty builders on the market.

Now you’ll see every girl walking into a gym with their own barbell pad ready to hip thrust their way to booty glory.

The squat, on the other hand, has been around since the dawn of time and has been crowned the king of all exercises for its total body involvement and all-around benefits. When we think of the squat, we more of the quads, in particular, than the glutes. Why would we believe it develops the booty better, especially when we feel it so much in the hip thrusters?

There have been many studies comparing the 2 exercises and here is what they found.

In a study done in 2019 on whether back squat or hip thruster performed better with rectus femoris (quad) and gluteus maximus (booty) growth in well-trained women, they found that the squat both out preformed the hip thruster in strength and development for both the quads and butt. This study was done over a 12-week period and had a growth rate of about 9.7% versus 3.7% when comparing the glute size of the squat and hip thruster.

However, in another study aimed at seeing which exercise (the squat or hip thruster) elicited greater contraction of the glutes, the hip thruster came out on top with better lower and upper glute activation as well as hamstring activation. They found this to be true for peak contraction as well as throughout the whole exercise (i.e. the most you could ever squeeze and the average rate of contraction while completing the set.)

In terms of athletic performance during a soccer season, the hip thruster also came out on top for improving athletes' vertical and broad jump as well as kicking ability and overall strength.

So which one do we want to utilize while trying to develop our dump truck?

Well, the nice answer is both, but the answer to which induces more size, the squat wins.

When looking at the chart below, we see that the hip thruster is winning in more categories, specifically the ones we discussed earlier such as tension, activity and contraction. It even wins when it comes to metabolic stress which is a predecessor to growth, but you only have to win in one category on this chart to prove you’re the best at building muscle and that is muscle damage.

The evidence is clear that you need to include squats for better booty development.

If you really want to feel it, then throwing in a couple of sets of hip thruster will help, especially when you perform squats first. A good method would look like this:

Throwing in a split squat variation will provide maxim stimulation in the bottom half of the movements.

So there you go! The debate of squat vs hip thruster. In the end, any well-rounded program can/should include both if the glutes are the goal. Just don't rely on glute bridges or hip thrusters alone to see progress or effective development.

Owner and operator of Revival Fitness.

daniel@revivalfitnessonline.com778 533 3285
Thank you! You are now apart of the Revival Family (and email list)!
Oops! Something went wrong while submitting to the newsletter.